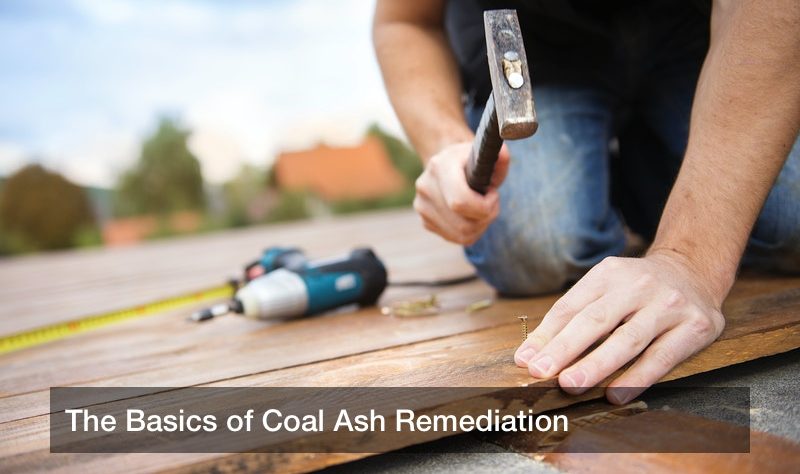 Government authorities are pretty strict when it comes to the disposal of coal ash. Though Environmental Protection Agency (EPA) won’t necessarily shut your coal ash ponds on condition that they have an impermeable liner, the possibility of a spill and subsequent leaching into the groundwater is still existent. In 2016, EPA released its first set of regulations on the proper disposal of coal ash and treatment of coal ash wastewater. In this article, we’ll discuss the basics of coal ash, including what it is, the remediation process, and the importance of the process.

What is Coal Ash?

Coal ash also called coal combustion residuals (CCR) is waste formed from the burning of coal mostly for coal-powered plants. Coal ash contains environmental contaminants, including arsenic, mercury, and chromium, to name a few. Research has linked these elements to a variety of medical complications, including cancer.

The rest of the coal ash wastewater is incorporated into agriculture to increase soil fertility and crop production and in engineering as a stabilizer or aggregate.

Is Coal Ash Dangerous to Humans?

With these functional coal ash disposal methods employed by the power plants, does coal ash still pose a hazard to humans? The answer is, yes. Though coal-powered plants have done their best to keep coal ash away from human exposure, their efforts haven’t been 100% successful.

Dry landfills are mostly uncontained, and winds can blow the coal ash into the environment leading to pollution and even acid rain. Surface ponds have one advantage over landfills; they prevent wind from blowing the coal ash into the air. The surface ponds, however, have one major problem, the metals may leach from the ponds into the groundwater. Groundwater is among earth 3% freshwater that is suitable for drinking unless heavy metals from coal ash render it toxic.

Is There a Solution to This Leaching Problem?

The most viable solution to this problem is lining the coal ash wastewater ponds with an impermeable liner. These geomembrane liners control the movement of fluids in a structure or system. The liners are placed at the surface of coal ash ponds to prevent leaking or any leakage of heavy metals to the groundwater.

However much these liners help with leaching, there are high chances that the water will still return to the environment. Many of these coal-powered plants close down eventually and EPA requires all pond water remediated and returned to natural waterways. Sometimes these surface may spill, like the giant spill in Kingston, Tennessee, where an earthen wall failed and released billions of gallons of water and coal ash mixture from the 40-acres surface pond into the adjacent river bed. The surrounding environs reported 129 more arsenic levels in their drinking water than the recommended standard.

Coal ash wastewater remediation is the improvement of the quality of water from the coal ponds to return them to the natural waterways. This coal ash water treatment method is done on the closure of the surface pond. The process involves the decontamination of the coal ash, and finally the disposal of the remaining water with an impermeable cover into the waterways. The dewatering process usually involves a couple of chemical processes to remove any contaminants and pollutants before water moves to the next stage.

Coal-powering plants should embrace water remediation at the termination of their activities for the sake of the environment and the health of the surrounding locality.