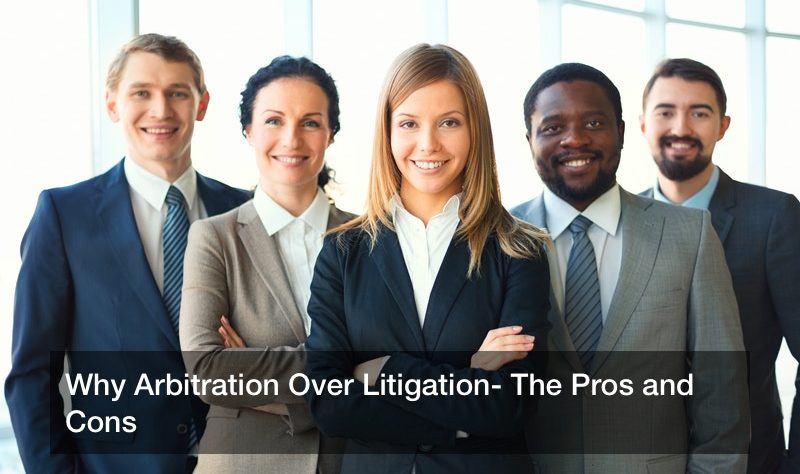 1. The purpose of mediation is to obtain a just resolution between disputes by an impartial third-party without nonessential expenses or delays.

2. Parties should be able to discuss how disputes are resolved and are subject to disagreement only by safeguards and a mediator in the interest of the public.

3. Courts should not disrupt arbitrations.

Arbitrations can be presented in many cases—disputes concerning employment discrimination, thief of intellectual property, partnership dissolution, and commercial disputes can all fall under the process of arbitration. Typically, in most arbitrations, the mediator sends the opposing party a notice of intent to arbitrate a dispute with an outlined basis for the primary concerns that will be discussed. There is a brief response period, followed by selecting the arbitrators, and finally the hearing. Although there are specific principles arbitration must follow, the process varies considerably—the circumstances normally will outline and specify the rules and regulations in the party’s arbitration. International arbitration is a process between two companies in different states, which disputes processes can vary considerably because of the complexity surrounding international disputes. However, all arbitration processes involve similar structural means as a traditional courtroom trial (I.e., mediation, mock trial hearings)—after all required hearings are heard, a panel or a mediator will deliver a ruling to the party, and the ruling may have an option to appeal depending on the type of arbitration.

What’re The Advantages Of Arbitration?

Freedom in Decision: Parties can choose a technical person to be a mediator if the dispute is technical.

Efficiency: Arbitrations typically take half the time of court proceedings, and preparation is less demanding.

Cost: One or both parties pay for an arbitrator’s services, while the court provides an adjudicator at no additional price.

Privacy: The information shared in arbitration is confidential, and not intended for media or the outside public.

Flexibility: The process can be streamlined, segmented, or simplified depending on the circumstances.

Convenience: Hearing times are scheduled to fit each party’s schedule.

Certitude: In most cases, there’s no right of appeal in arbitrations.

Arbitrations and Litigations are similar to an extend—ultimately, these similarities primarily depend on the individuals or companies involved. The most noticeable differences between arbitrations and litigations are the speed of process, formality, and selection process. Arbitration makes dealing with disputes much easier to find a solution to otherwise difficult cases without all the unnecessary formalities surrounding it. The cost and speed of arbitration make them far more idea for companies as well. Litigations are costly to both parties—compared to traditional litigations, arbitration cost is limited to the fees for an arbitrator and attorney fees.

Pros And Cons of Arbitration

a. Arbitration avoids hostility because both parties are usually encouraged to participate fully and even structure the resolution. Through arbitration, parties are more likely to work together, which is unlikely in litigation.

b. There is limited recourse in a final decision throughout an arbitration. If the arbitrator’s award is unfair or illogical a consumer could potentially be stuck and barred from airing an underlying claim in court.

c. Abritation is considered a good course of action because it’s essentially a private procedure that allows a party’s right to privacy to keep their process confidential.

d. Objectivity is a major concern in the process of choosing an arbitrator. There is a lack of objectivity in the decision because the decision-maker is chosen through an agency from a pool list, where they may be potential favoritism.

e. Most people choose the arbitration process because it’s many claims of speed and informality.

d. The lack of transparency in an arbitration hearing is considered by some to make the process more tainted or biased because the courts infrequently review arbitration decisions.

g. Mandatory arbitration clauses in consumer and employment contracts typically work in favor of the company rather the employee or consumer.